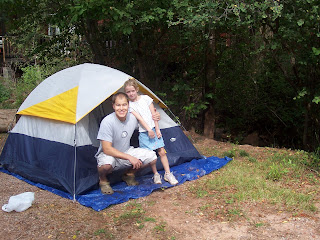 Another great weekend in Colorado brought another campout. Alicia and I went to Glenwood Springs to meet Corey and Maria for a campout(yes, Alicia went camping at 7 months pregnant).

It was pooring rain in Denver when we left, and after an hour and a half of driving, not only was it still raining, but we were seeing snow just a little bit up from us on the mountains as we passed Vail ski resort.
Finally just one half hour before we got to our destination of Glenwood Springs, it stopped raining and turned out to be a nice night at the campsite. It did start raining during the night, but we didn't get wet inside our little tent. 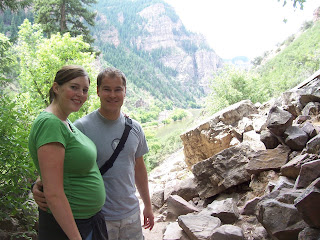 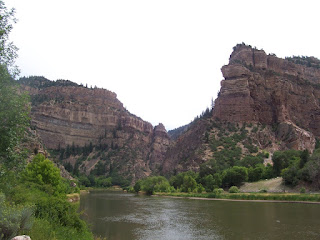 Here above is a shot of the Colorado River as it comes down the beautiful Glenwood Canyon. In the morning we decided to go on a hike to Hanging Lake near Glenwood which turned out to be a very difficult, rocky, vertical hike. Alicia and the kids made it about half way before tuckering out, but Corey and Maria (who had been to the lake before) told me I should go on to the top as it is a beautiful lake, and I'm glad I did. It took me 16 minutes of running up the trail to get to the top after I left them, and 20 minutes from the top back down to the bottom, again running.
Here's what I saw on the way up. 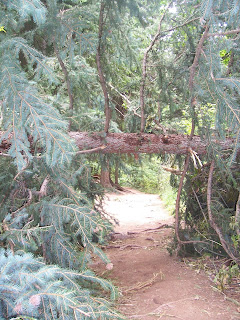 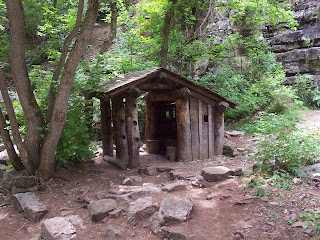 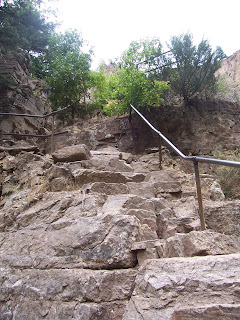 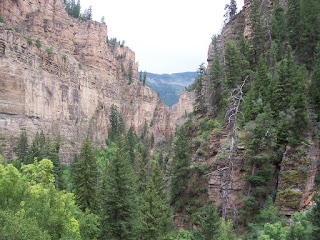 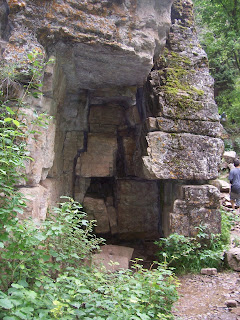 Finally, when I got to the top I decided it was worth the hike as this is what I saw. 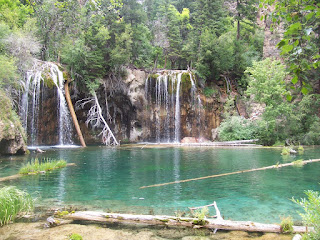 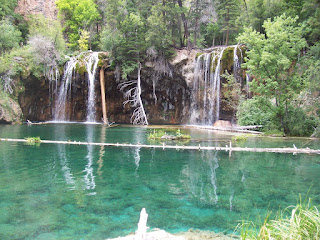 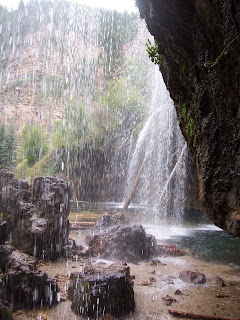 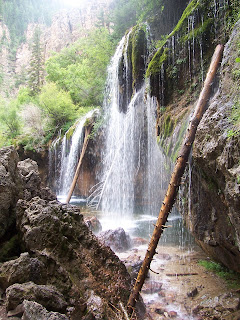 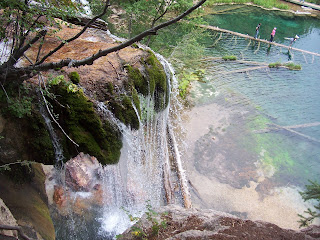 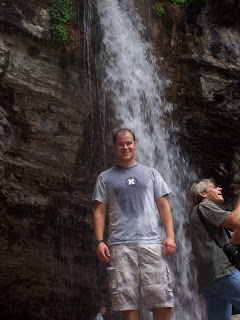 No, that isn't sweat, it's water. After running up the trail I was so hot I just stood under the cool water fromt the waterfalls. The water looked so nice I wanted to swim in it, but I don't think you're supposed to. It turned out to be a great hike and we ended the day by going to the largets hot springs in North America at the Glenwood Hot Springs which was first discovered, or they first built the pools in 1890. It was a really cool town, but we didn't get any pictures.
Posted by Josh at 9:07 PM