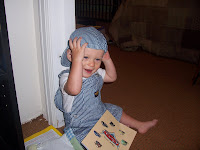 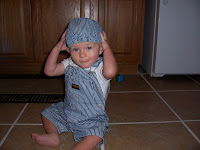 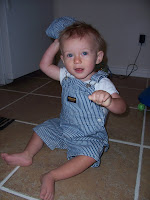 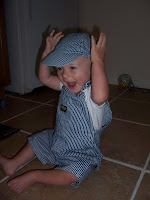 First of all HAPPY BIRTHDAY SHELL AND KURT!!!!! Hope you have a great birthday!
So time has been flying by. My Baby is over 11 months old! Right before he turned 11 months he took his first steps and he started clapping. He is such a fun little boy waving and smiling at everyone he sees and talks too. He loves seeing other babies and squeals and laughs when he sees other babies or kids. He hasn't really adventured back to the walking thing much since his first steps, but he loves to walk with his "Hippo" toy. I was trying so hard to get a cute picture of him today and he would not smile at the right time and would not leave his hat on so here are some pictures and videos of him with the video of him taking his first steps while we were in Utah.