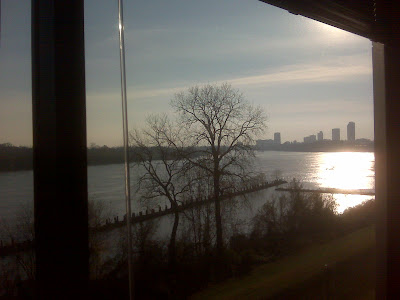 So about a week before Thanksgiving, I got a call from our resource scheduler asking if I'd be willing to work in Arkansas on an engagement for the next three months. Alicia and I talked about it and agreed to accept, so I'm now in my third week out here and thought I'd post a few pictures that I've taken on my phone.

This picture is the view from our audit room of the Arkansas river and downtown Little Rock about a mile down river.

I've been pleasently surprised by Little Rock as I wasn't really sure what to expect before coming out here. I had imagined a place similar to the middle of Kansas for some reason, so when I got here and saw a lot of rolling hills and rocky cliffs along the river, I was pleasently surprised. The weather has stayed between 25 - 55 deg. F. so it has been warmer than Denver, but still pretty cold. It seems that the seasons are a little behind here as leaves were still falling off the trees when I got here in the beginning of December, so that was neat to see. They have alot of trees/foresty area where the land hasn't been developed, so it's neat to see the differences between here and Denver or other parts of the country I have been to.

The two photos below are of the only walk-in Sonic restaurant I've ever seen. To stay true to their ordering philosophies, they have a phone on every table and in every booth for you to sit down and order over the phone so that no one has to come take your order! It was just weird. 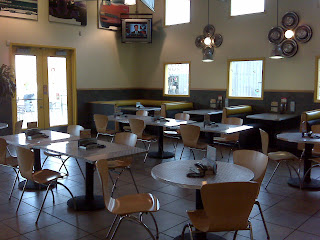 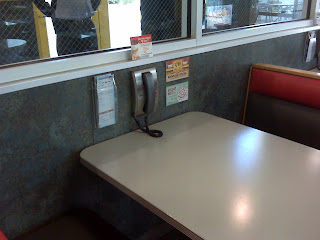