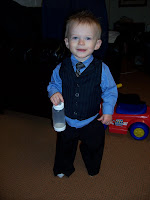 I cannot believe how fast my baby is growing up! He is 15 months old and is such a fun baby. Since Josh has been gone so much recently he is getting really good at saying, "Hi Dad!" on the phone. When we sing we have to sing "Old MacDonald," his favorite, and he sings,"e-i-e-i-o" by himself and at the right time! One of my other favorite things he does right now is if you ask for a kiss and he is on the other side of the room, he will pucker up and run all the way to you with his lips puckered the whole time and then he will proceed to kiss everyone in the room! This week we have had a hard week with him having a bad cold, ear infection, fever, and missing Daddy. He has also been doing his fair share of teething with 7 front teeth through and on molar in. Daddy is almost done with his Arkansas job and we are excited! We are also excited to be going to Arkansas next Friday to spend the week with him. We plan on visiting Graceland in Memphis... which is my moms request the Elvis fan she is. But other than that we don't really know what to do in Little Rock! So if you know of any good or fun things to do or see we would like to know! Here are some pictures of Levi in his suit. We thought he was too cute not to show off!
Posted by Alicia at 8:02 PM 2 comments: 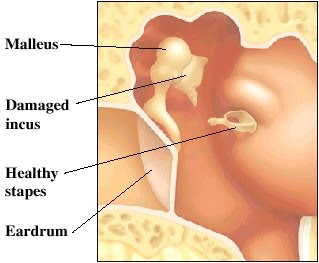 I had my post-operation follow up today and had half of the packing removed from my ear.  They removed the portion of packing on the outside of my eardrum, and the other half that's on the inside will dissolve on its own over the next two months, at which point I will be hearing the best I have in almost 5 years!  I can already hear better than I did pre-surgery, and my hearing will continue to get better once all the surgery packing dissolves.

For those wondering what I had done, here is a breakdown of the surgery:
So the picture here is my inner ear....well, ok, it's not MINE, but that's what it looks like.  When I had my accident 5 years ago this July 4th, the waterski impacting my head damaged the incus bone.  It's the one in the middle that is supposed to connect the malleus and the stapes (the other two bones in the trio).  So the surgeon cut a piece of my outer ear to allow better access of the surgical tools into my ear canal, and then cut open my eardrum to gain access to the inner ear bones.  He then removed my dislocated incus bone and put a prosthetic bone in its place.

He must have used "The Force" like a Jeddi or something in order to get that tiny bone, the size of the tip of a ball point pen, into place between the other two bones.  No wonder I can't blow my nose, sneeze, or exercise for a while!

Thank you to everyone who expressed their support and prayed for this to go well, cause it did!  It was nice to talk to everyone, and it will be nice to hear you all again soon! Haha. 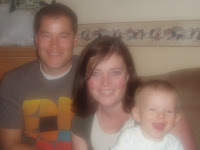 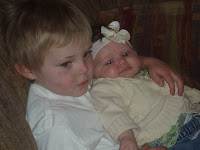 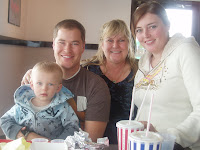 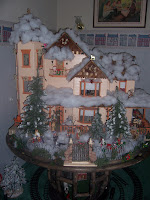 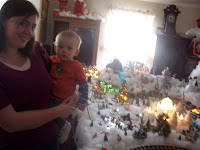 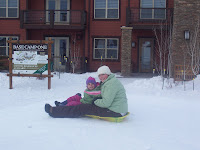 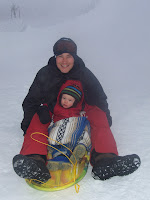 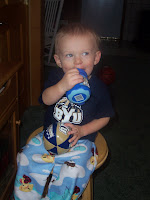 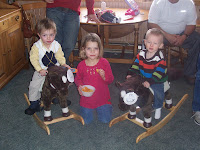 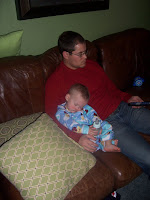 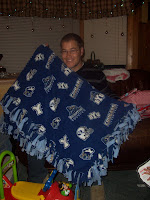 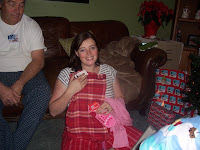 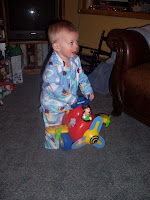 Christmas was really fun this year as Levi was old enough to open presents and get excited to see what was inside! Here are our pictures from our couple weeks of vacation in Granby and when we went to Utah for New Years and Tessa's blessing. Before we went to Utah we went over and stayed with my Grandpa and Grandma in Buena Vista. Levi got to see the famous miniture village and miniture room all decorated for Christmas! Josh also had surgery this past week on his ear and is recovering well, however, my back is killing me because he is not allowed to pick up anything over 10 pounds. Which means I am carrying Levi around everywhere. He still gets really dizzy from having an inner ear operation and has a little pain now inside his ear. The best part about the surgery is we were blessed to have Susi, Josh's mom, come and stay with us for a few days. She helped so much with Levi and made it so Josh and I could both get some rest! Levi loved playing with his Grammie and we are all missing her today as she left yesterday. Levi learned to pucker up this week and it is the cutest thing, he sticks his bottom lip out and kisses. We had a great break and are grateful for all of your prayers with Josh's surgery.
Posted by Alicia at 4:11 PM No comments: