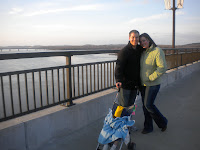 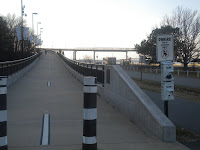 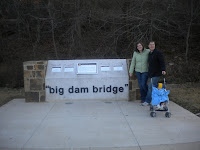 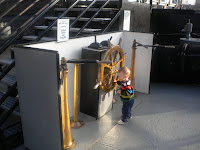 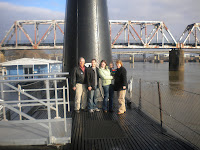 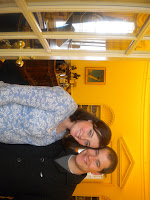 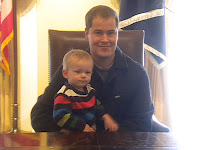 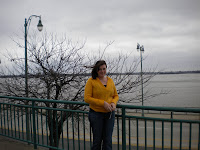 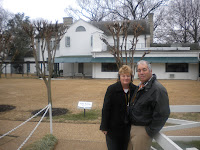 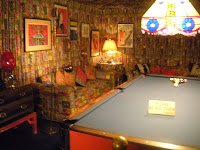 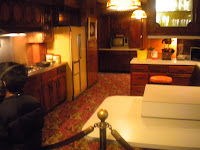 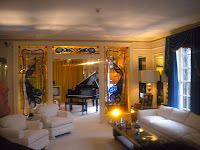 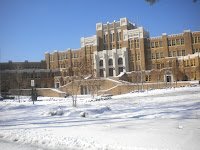 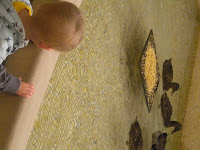 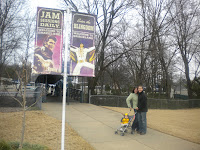 So we finally made it to the south! I have been listening to country music my whole life and and heard about these southern cities in music quite a bit. Memphis was home to a lot of the greats like, Elvis Presley, Johnny Cash, and Jerry Lee Lewis, and so many others. I had a picture in my mind of what I thought these places looked like and what it would be like there, but my vision was very different than what it really was like.
We were able to go as Josh was working in Little Rock for the past three months. Levi and I bought our tickets and then my parents decided they would probably never make it South unless they went with us so they came with us! My mom is a huge Elvis fan and so Graceland was a must see. We made the two hour drive from little Rock to Memphis on Saturday morning. Josh and I saw the Mississippi River for the first time as it is the border of Tennessee and Arkansas.
Graceland was well worth the drive. It was actually really cool to see where Elvis lived and learn more about his life. He bought this house in the 1950s when he was 22 years old for $100,000. From then on this is the only house he bought and he lived there until he died in 1977. His house was decorated very uniquely with a lot of mirrors. His house was not as plush and fancy as I thought it would be, but it was still really cool to see! We also saw a selection of his cars, motorcyles, clothing, awards, horse stables, racketball room, swimming pool, and finally his grave.
While in Litte Rock, we also went to the President Clinton Presidential library, (and massage parlor... as my dad would say). Although we weren't the biggest fans of President Clinton we really enjoyed this piece of history. It was amazing to see all the files lining the library, pictures of things that happened during his terms, gifts that were given to the President from foreign leaders and he had a scale room built to look exactly like the Oval Office when he was in office. I learned a lot about him and his family and it was fun to see.
We also toured a WWII submarine, the U.S.S. Razorback. We walked on "The Big Dam Bridge" which was the longest pedestrian bridge in Arkansas. It was beautiful as it crosses the Arkansas River a lot wider then what we know here in Colorado at the headwaters. We went and saw the first high school to integrate in the U.S., which almost caused a civil war to break out between the local law enforcement and the federal law enforcement. We went to a hotel and watched the parade of the ducks. Everywhere we went we heard of the Peabody Hotel's parade of the Ducks so we went to see.... it was so funny a duck trainer walked five ducks from the top floor of this hotel onto the elevator and down the elevator and then on red carpet and the ducks jumped into a pond in the lobby of the hotel. He does this every day at 11 and 5.
We also saw a lot of snow!!! Yes snow in the south!!! We had about 10 inches while we were there and it shut down the entire city because they do not have many snowplows and there are a lot of hills. We ate good barbecue and had a great time.
After seeing where Josh has been staying for his time in Arkansas which is a nice hotel my parents think that we need to treat Josh better, because he lives like royalty while he is away from us!!! Thanks Josh for letting us all come bug you while you were working but we had a great time and Levi loved swimming and playing with his dad when he was off! Wow that was really long... sorry if you read all of that!!! Here are some pictures from our trip.
Posted by Alicia at 5:16 PM 2 comments: