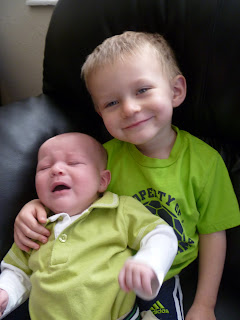 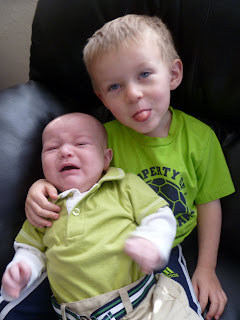 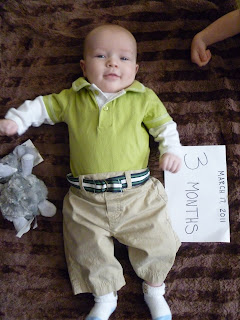 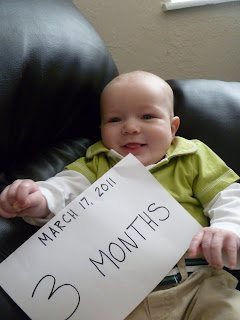 We have survived 3 months with two kids! Moments have been challenging. Such as the day where Levi had the flu and was pukey and sick, Luke was throwing up, I had pink eye and several doctors appointments I had to cancel and re-schedule. But for the most part having two boys has been so much fun! Levi loves Luke and Luke lights up everytime Levi talks to him. The second Luke cries Levi goes running to help Luke. He says when Luke wakes up, "YAY Luke awake!" "Luke, Sweet Dreams?" Luke is such a great baby! Don't ask Josh though on the "occasional" time he is awake at night if he is a good baby or not. We love our boys and we love having Luke. Here they are on St. Patrick's Day and Luke's three month old mark! As you can see in the pictures Luke would normally rather be alone than to be held!
Posted by Alicia at 4:30 PM