Did you hear the Buzz??? 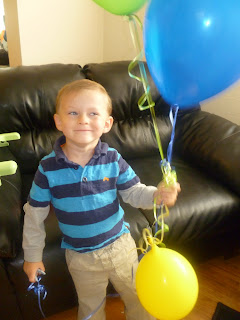 Levi Turned 3 Yesterday! And what a busy day we had! We had tons of fun and Levi was worn out!!! 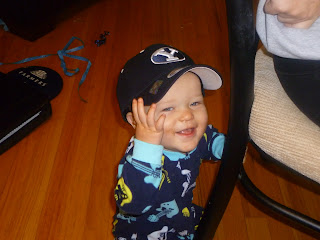 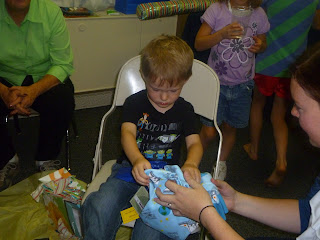 Sorry the pictures are kind of out of order and crazy! But here is Levi opening gifts at his Buzz Lightyear Birthday party. 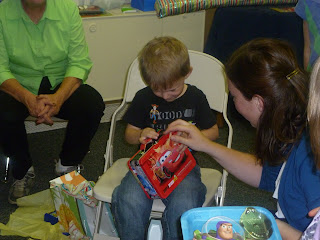 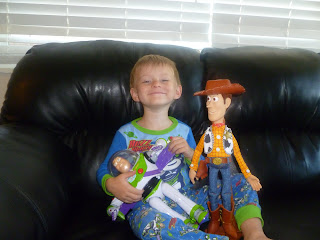 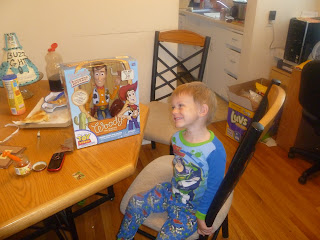 Levi got in the mail a Woody sent all the way from California from the Hamilton's. He was so excited to get this gift! He said, "Oh, Woody and Buzz are best friends!" He ran over and got Buzz so they could say hello to each other. It was really cute, he hasn't let Woody out of his sight since, (except for church we wouldn't let him take it to church!) Thank you Hamiltons! 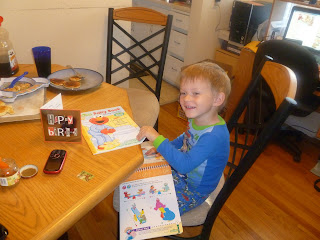 Levi was also really excited to open his gift from Kurt, Polina, and Anastasia. He has already learned to trace lines and will be seriously potty training very soon! Thank you!!! 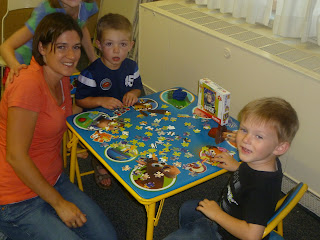 Jake, Levi, and Maria at Levi's party trying to do a Buzz Lightyear puzzle. 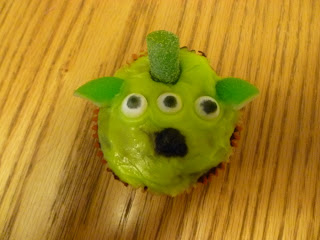 Our little green alien cupcakes. I didn't get a close up at the party so this is a day late and they were much cuter at the party! But you get the point! 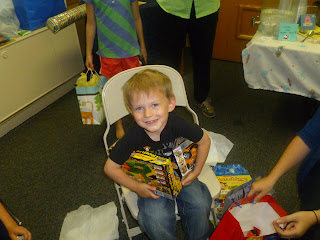 Levi opening his gun and transformer from Dani and Jose. He sure loves his new toys! 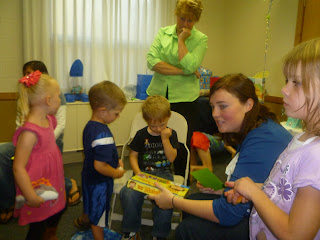 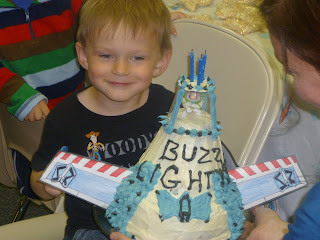 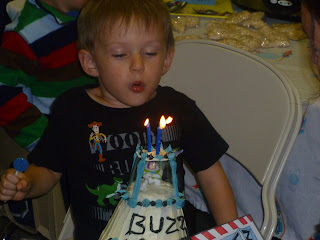 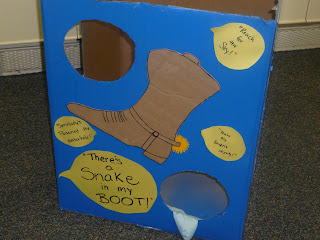 A toss the beanbag game but with snake beanbags into Woody's boot! 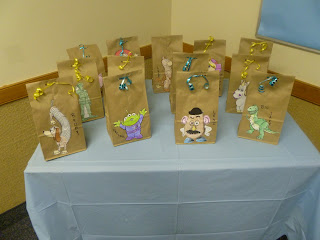 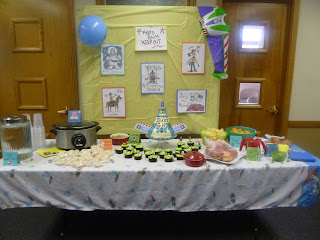 The food was the most creative part. I don't know if anyone even paid attention but I had fun putting it all together. We had things like, "Jessie's rope" (licorice rope) "Bullseye's favorite treat" (apples and dip) "Mr. Potato Chips?" (potato chips) "Woody's boots and spurs" (stars and boots rice crispy treats) "Hamm's little piggies" (bacon wrapped cocktail dogs) "Sliky dogs watering bowl" (water) and a few more. 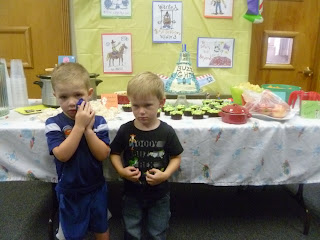 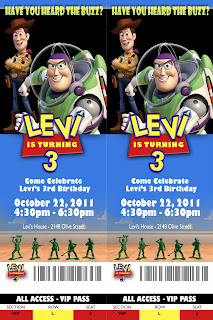 Birthday party invites! I found them on Etsy and I thought they were so cute! We had a fun day and I am exhausted! Thank you everyone for coming to the party, the phone calls, and gifts! Levi was so excited and it was his best birthday yet!
Posted by Alicia at 4:29 PM